Local teens high-five and photograph their way to local fame

'Being in the line was more fun for me': Teen high-fives his way to fun in long Canada Day line

Map of internet coverage in Canada 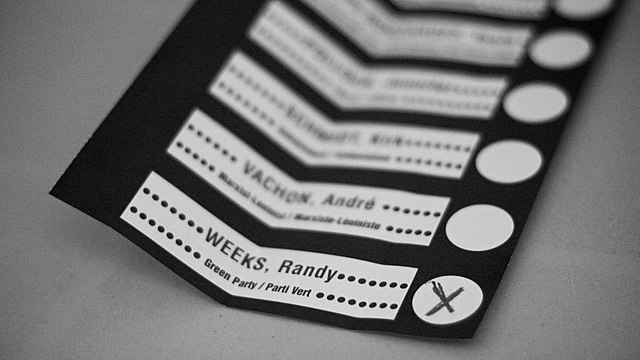 CASL reduced spam and marketing emails in Canada, according to Cloudmark

Last year Canada implemented one of the strongest anti-spam laws in the world, CASL. We took a close look at the impact, and the results surprised us. We saw a 37% reduction in spam originating from Canada, but it wasn’t just spam that went down. Over all, Canadians received 29% less email after CASL was implemented. We believe this is because there was a lot of marketing email which was not technically spam but did not meet the string requirements for affirmative consent required by CASL. The Canadian law is proving effective in reducing inbox clutter and could act as a model for stronger anti-spam laws in the US, UK and other countries.

When I joined Industry Canada in 2009, Canada’s Anti-spam Legislation was just Bill C-27, working its way through Parliament the first time, before being stopped by prorogation.

I have been very lucky to work with a great team at Industry Canada, and I’m proud of the work we did on CASL, as well as other files I contributed to.

But after five years in federal government, I am preparing for a move. After all, now that CASL is in force, it’s a natural time to go.

So I am very excited to be joining TekSavvy next week. I will be the lawyer responsible for regulated agreements and carrier relations. It’s a big change from what I’ve been doing here at Industry Canada, but I’m looking forward to the change: to learning and growing into my new role.

Police can search your cell phone when they arrest you

The Supreme Court just released their decision in R. v. Fearon, about whether police can search a person’s cell phone when they arrest the person. The Court found (in a 4-3 decision) that, in general, police can do such a search, as long as they follow certain conditions:

Four conditions must be met in order for the search of a cell phone or similar device incidental to arrest to comply with section 8 of the Charter:

Beyond that, in this particular case, it seems to get a little complicated. They find that the police did not meet all of these conditions – there was no evidence about precisely what was searched and why — so there was a breach of the defendant’s s. 8 rights. However, as a remedy of that breach, the Court found that the reasons to include the evidence (despite the breach) outweighed the reasons to exclude it. An example of the Court’s reasoning on this point (emphasis added):

[94] Of course, the police cannot choose the least onerous path whenever there is a gray area in the law. In general, faced with real uncertainty, the police should err on the side of caution by choosing a course of action that is more respectful of the accused’s potential privacy rights.  But here, if the police faced a gray area, it was a very light shade of gray, and they had good reason to believe, as they did, that what they were doing was perfectly legal.

The decision was 4-3. The dissenting justices basically made a privacy argument:

[T]he weighty privacy interest that an arrested person has in a personal digital device will outweigh the state interest in performing a warrantless search incident to arrest, except in exigent circumstances…. Here, the searches of F’s phone were not justified and unreasonably infringed his privacy, in violation of s. 8  of the Charter . The facts of this case fall far below either standard for exigency…. The evidence which was unconstitutionally obtained should be excluded.

When Canadian inventor Peter Robertson filed his 1909 Canadian patent for the now ubiquitous Robertson screw (patent 116463), he bound the patent application using his new screws. You can see them in the scans in the Canadian Intellectual Property Office’s database:

That’s dedication to a new invention.

Robertson was also granted a patent by the US patent office, but their scans are cleaner and don’t show the binding.

It seems silly, but… well, it is. A tumblr of photos of deep sea creatures improved with googly eyes? Yes please.

When bisons are bullies – Boing Boing

via When bisons are bullies – Boing Boing.

In 2013, Mayor Bloomberg asked designers to reimagine the city’s decrepit pay phones as internet-flinging, ad-spitting future machines. The winners were simply design concepts, never truly destined for reality. Now, the city is moving forward with the plan to retrofit its pay phones, after all.